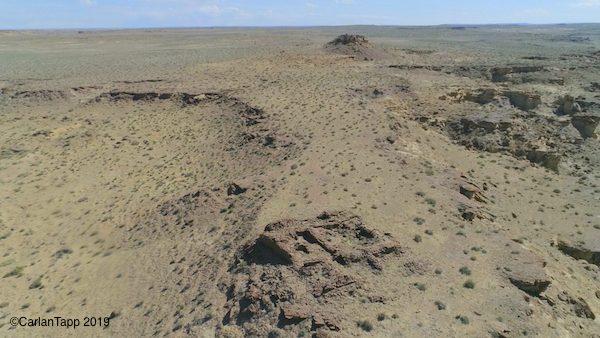 Environmental groups and Navajo government officials are criticizing the U.S. Bureau of Land Management over the bureau’s handling of oil and gas leases approved in the Greater Chaco area.

Navajo leaders and 16 tribal and environmental organizations addressed their concerns in a letter sent to BLM’s New Mexico state director Tim Spisak last week calling for more public hearings on the issue. “We urge you to reject the U.S. Bureau of Land Management’s Findings of No Significant Impact and Environmental Assessments,” the letter reads. The Tenth Circuit Court of Appeals ruled in May that BLM violated the National Environmental Policy Act (NEPA) when it approved environmental assessments for five sets of oil and gas wells that did not address the cumulative water impacts of nearly 4,000 horizontal Mancos Shale wells in the Greater Chaco region. The ruling covered environmental assessments approved by BLM for 25 applications to drill in the area.

The group also criticized BLM’s handling of the historical sites in the region, arguing that the department “has only narrowly assessed adverse impacts to historical sites” in the Greater Chaco area. The letter claims BLM limited the scope of its assessments to possible direct impacts of isolated ruins and archaeological sites that have been previously identified. It also noted that the department had promised to analyze some 5,000 cultural sites in the region but has not yet begun.

“The Greater Chaco region is more than a handful of iconic ruins. Rather, the region is an interconnected fabric of Ancestral Puebloan cultural influence and impact,” the letter stated. “As such, preservation of the historical values of this region requires a landscape-level approach to analysis and conservation.”

be strong, be safe, Carlan
Posted by Carlan at 8:33 AM