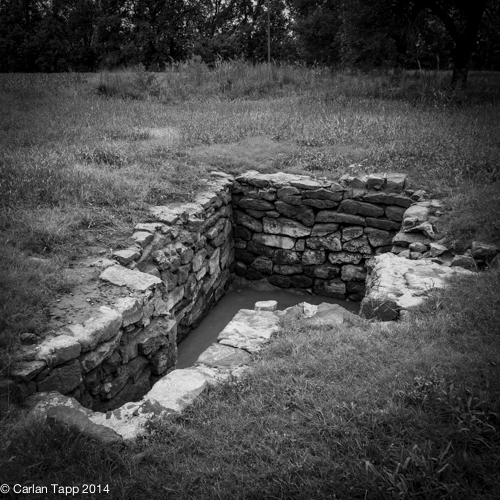 North of Highway 50 down a dirt road is the Hoglund Dougout.  Gustaf and Maria Hoglund, a young couple from Fernebo, Sweden, created their first home in Kansas in a simple dougout.  In the summer of 1868 they created a 6'X12' pit, lined the walls with rocks, and used their wagon as a portable roof. 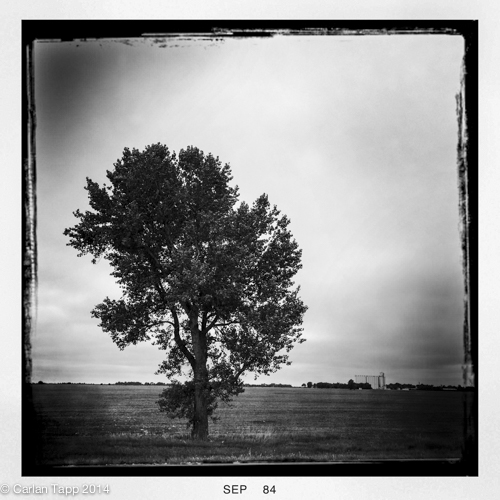 The Flint Hills landscape was once a tall grass prairie which covered most of the present day Mid-West.  Plowed, planted, and wind blown the tall grasses have given way to modern agriculture. 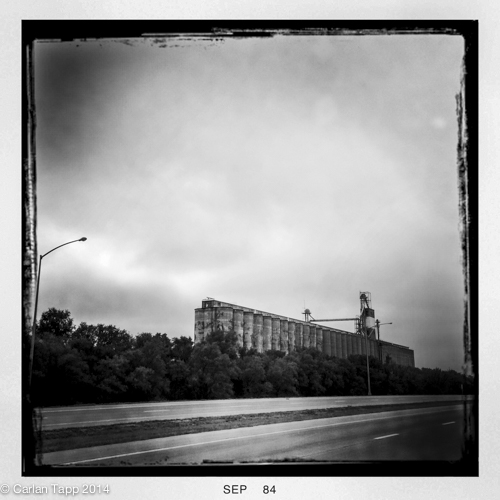 The world's largest grain elevator (over a half-mile long) in Hutchinson, KS. 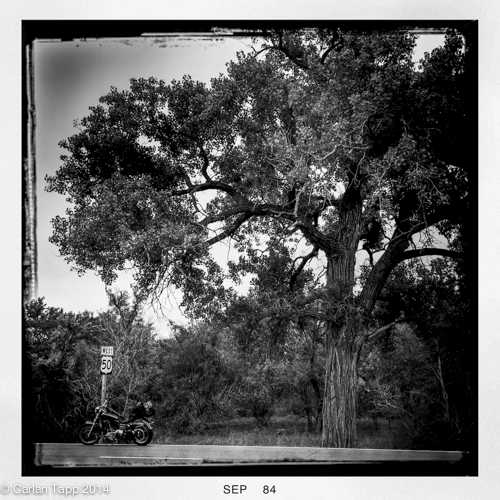 Cottonwood grove along Highway 50 near the Arkansas River crossing. 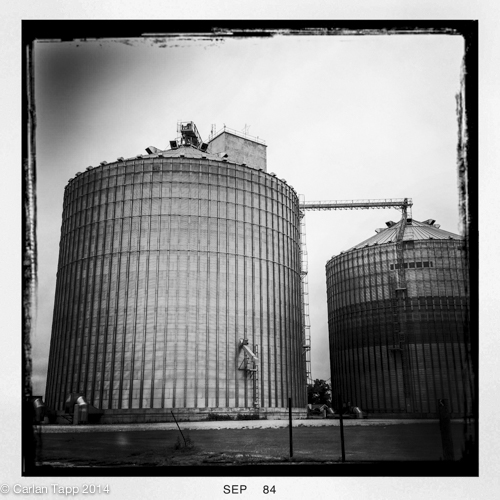 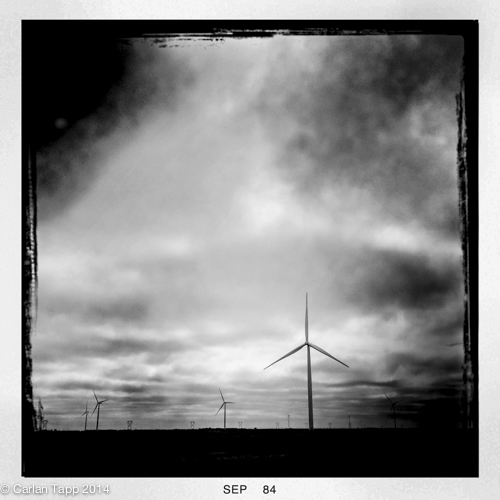 Using the winds of Kansas to generate electricity.  Spearville home of the windmill. 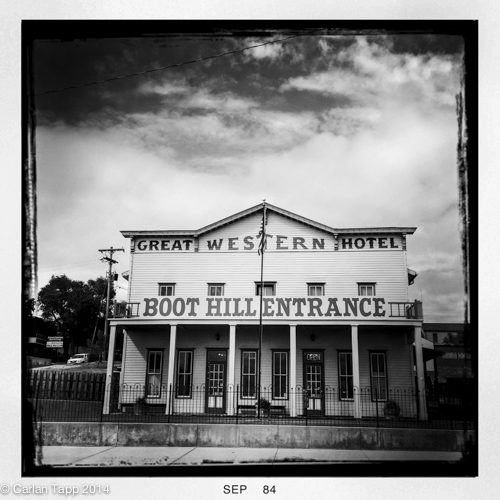 Dodge City.  Between 1872 to 1884 the capital of buffalo hunting and cattle driving west.  Over 100 million buffalo hides were shipped from here in that decade alone. 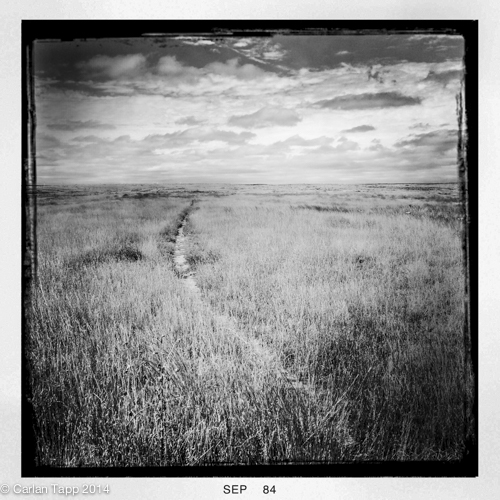 Santa Fe Trail tracks west.  From 1822 to 1872 Santa Fe Trail traders saw this as isolated country, the Plains Indians saw it as home.  "A fine country...Long ago the Arapahoes had a fine country of their own. The white man came to see them, and the Indians gave him buffalo meat and a horse to ride on...the country was big enough for the white man and the Arapahoes, too...The government sent agents and soldiers out there...and both have driven us from our lands.  We do not want to fight." ...Chief Little Raven, 1871

Thoughts and views from the road tonight.