Into Texas...on the road for two weeks: 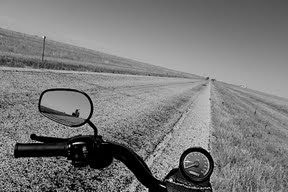 In Vega, TX tonight. Two weeks on the road. Checked the odometer and have ridden around 2200 miles since leaving Santa Fe on May 16. Let me catch up for a minute. I rode out of Santa Fe heading for Chicago. Several days of very heavy storms in Kansas caused a bit of a delay. Seems like I was under all the storms across the Midwest. About 150 miles south of Chicago more storms moved in. Rather than ride into the storms I decided to start on the Mother Road north of Springfield, Il. Since that time I have been true to Route 66 except when I approached Joplin and closed roads. 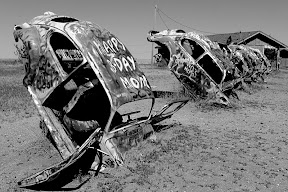 Conway, TX is home to a tribute to the Volkswagen and Route 66. Bet you thought it was only Caddys buried nose first in Texas. 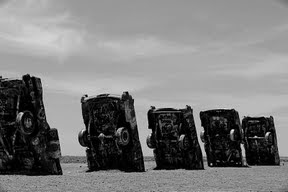 Caddys are actually along I-40 just a short distance from 66. Stunning ride through Texas today. Mother Road is smooth and continuous. Slight tail wind. Gliding along after all the wind, rain, hail, and tornados the past two weeks. 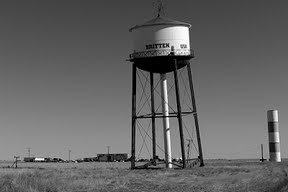 Groom, TX famous for a water tower which was constructed with a built-in lean. The idea was to put Groom on the map. Not really sure it worked.

Tomorrow will be in Adrian, TX half way point of Route 66 between Chicago and Santa Monica. Hard to believe. Time has been standing still for me the past two weeks.

The last "Where am I, what is this"?...ended up being much too easy via Google....so here is the next one...another raffle ticket...another chance at a great SFPW of your choice....be the first one to identify the location and subject...big hint...located less than 150 feet from the Mother Road... 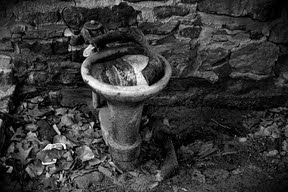 be strong, be safe, Carlan.